BC Home Partnership Program - How Does It Work?

BC Home Partnership Program – How It Works

The BC Home Partnership program was designed to help first-time homebuyers by providing a repayable loan that will form part of the down payment. Applications for this program will be considered starting January 16, 2017 and can fund no earlier than February 15, 2017. Mortgages must fund before March 2020, at which point the program will be terminated.

How Do You Apply?

Other Things You Need To Know About The BC Home Partnership

This post was provided by Spin Mortgage: For more information on the approval process and to see if you are eligible you can go to their website to get pre-approved for your mortgage.

You can also visit BC Housing to see if you are eligible for the loan, and apply online if you are already pre-approved for a mortgage! 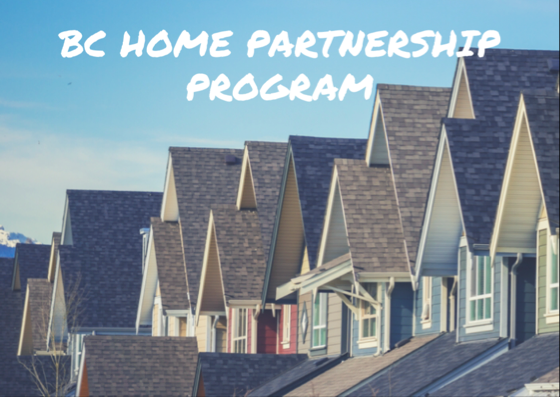 In 2016 we saw 10,622 properties sell in the Victoria Real Estate Board region, which exceeded our previous high of 9,241 sales in 1991! The MLS® Home Price Index for a single family home in the Victoria Core also increased by 23.6% from $613,600 in December of 2015, to $758,500 in December of 2016. With inventory still low, there is high demand for properties and many homes still selling over the asking price as we enter 2017. For the full article from the Victoria Real Estate Board see below:

"We expect sales to continue to be strong but we don't expect to see the phenomenal activity we saw in 2016 for 2017. Inventory continues to be low," adds President Nugent. "You can't sell something that isn't there. There is certainly an ongoing demand for properties. This is reflected in the fact that 25 per cent of sales this month sold over their asking price. The majority of these properties were in the up to $750,000 price point, so your average buyer will face a competitive market."